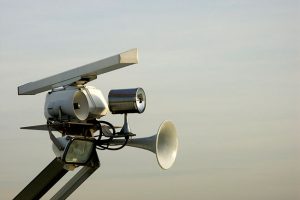 If your plumbing makes you feel like you are in a middle of an ocean trying to strafe a ship through the fog and following the loud foghorn then it’s time to ‘dive deeper’ and fix the issue at hand.

Plumbing issues are rather complex and confusing for someone with little or no related knowledge. The large web of pipes, vents, drains, and sewer lines underneath the floor can be complicated to understand. One such common problem is plumbing making sounds like a foghorn which makes no sense at all. The sound seems like a loud humming like that of a siren.

One should not ignore the noises as they can be an early warning sign of a more serious plumbing issue. Let’s see what causes plumbing to make such bizarre sounds out of nowhere.

Compromised ballcock in a toilet

A defective toilet ballcock is the most common reason leading to foghorn sounds from plumbing in the bathroom. A ballcock, also known as a fill valve or flapper, is a mechanism installed into the tank of the flush and it is responsible for bringing water into the tank while avoiding backflow or overflow. It turns on while the water is entering the tank and collapses when the tank is filled.

However, a deteriorating flapper might be the reason for the hissing sound you hear. If the flapper is broken or not adjusted properly, the water keeps on filling past the overflow valve and makes a foghorn sound while doing so. Alternatively, if the flapper is loose, it doesn’t close properly and oscillates in between which creates a loud echo.

You can experiment with the flapper by flushing and lifting the flapper to the surface and see if the foghorn sounds stop. If the sound is no more, you know where the problem lies. The simplest way of dealing with the ballcock issue is to replace it with a new one. You can get one at any nearby hardware store.

You may have noticed that a toilet tank makes a constant noise while filling. However, the sound should be stopped once it is filled. If the sound persists, it might be due to a leakage in the tank. If the rubber flap inside the tank deteriorates for some reason, the water might still flow into the tank and hence creating a constant sound. This can be solved by simply replacing the faulty flapper with a new one.

A loose faucet or tap might be the culprit behind awkward plumbing noises. As you turn on a faucet, if it makes a whistling sound then the problem surely lies within the faucet. When water rushes out of a loose faucet, it makes the faucet vibrate and produces a rattling sound in return. The water pressure causes the faucet to flutter and produces a sound similar to the foghorn. The same issue may arise with a showerhead.

Luckily, fixing a loose faucet is pretty easy and all you need to do is tighten all the screws around it along with the connected pipes. If that doesn’t work, try disconnecting and reassembling every part again. Hopefully, doing so will fix the issue but if the noises persist, call in a plumber to replace the faucet.

If you hear a loud thudding sound every time you turn off a faucet or when water stops flowing from a pipe, you may be facing what is known as a water hammer effect. This issue is directly related to the pipelines running through the walls and floors that crumble when subjected to high water pressure, leading to loud noises.

When a faucet is closed, water rushing at high speeds slams into the closed valve that produces a shock. This shock not only makes a loud noise but could also damage the pipes and loose fittings. Therefore, you need to tighten any loose pipelines and replace any damaged fill valves or faucets to cope with the water hammer effect.

If the water pressure remains excessively high in your water pipes, try installing a pressure-reducing valve to prevent any damage to the pipelines. Water pressure of 80psi is usually recommended for homes.

A dishwasher may also be the cause behind the bothersome foghorn sounds you’ve been hearing. The reason for these noises may be a loose or faulty solenoid fill valve. This valve is responsible for opening and closing the drain valve. It also allows the required amount of water into the dishwasher.

So, if the fill valve is damaged, water will leak into the dishwasher when it is not running and make foghorn-like noise in the process. Fixing this issue might be a bit technical so it is recommended to let a professional do the job for you.

You may notice that your house floor might make a squeaking sound at night. This happens due to thermal expansion that the house first expands slightly due to heat during the day and then contracts back to its original size at night. Sometimes, the same phenomenon occurs with faucets and fill valves that expand and open up a bit, creating a humming sound. The same phenomenon is also often responsible for the failure of the water heater.

This problem can be resolved by installing an expansion tank along with a pressure gauge that keeps a check on the thermal expansion of water and prevents high water pressure.

A foghorn is used to warn the incoming ships in the fog of any hazards such as rocks or other ships in the way. The foghorn sounds coming from your plumbing acts no differently; it warns you of a fault in your plumbing. Don’t take these sounds lightly and look for the cause of the mess. You never know how bad your plumbing is damaged or how much it may cost you to repair if things get worse. We hope our work will help your address the root cause of sounds in your house. If the above recommendations didn’t solve your issue, there is no shame in calling a plumber.